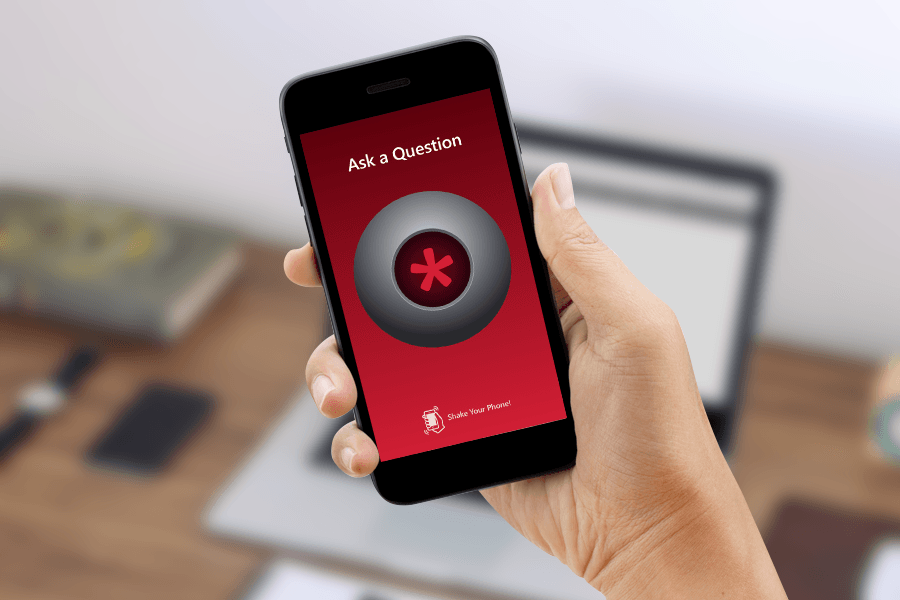 Now advertisers can truly shake up their campaigns and amaze their audiences with a new shake banner template available in all Admixer Products Line.

You might have already come across Mobile Shake ad format previously requiring at least basic HTML5 and JavaScript code knowledge.

With the new Mobile Shake template, you don’t need any programming skills as now you can put together your creative right in the interface and do that in minutes.

All you have to do is upload 2-5 images, video or HTML files, link them to landing pages or your offer, and pick the order in which the users will see the banners as they shake their smartphones.

Shake up your campaign and engage your audience

Used in tandem with the right creatives, Mobile Shake banner can become advertisers’ killer tool to surprise consumers and engage them into interaction with the advert.

Brands can bring nearly any ‘shakeable’ objects for users to play with, such as musical instruments or a magic 8-ball – like in this demo:

Use cases of how brands can use shake banner format to power up their mobile ads may vary. For instance, beverage brands can show their bottles on screen and encourage users to make a cocktail in a shaker or invite them to shake the ice for ice-coffee, like in this Jacobs’ shake banner example (creative by: Vivid Agency).

Ready to entertain and engage your audience with Mobile Shake? Give a try in your Admixer interface. If you need any guidance or help, contact Irina Kostiuk, Business Development Executive: ikostyuk@admixer.net

According to Mintel, Valentine’s day is now the biggest spending retail event in the first part of the year, overtaking Easter far ahead.

With the increase in popularity, sales coinciding with Valentine’s day also increase. Along with cards and flowers, online shopping is growing: last year 30% of online purchases were over $100 per customer. The overall amount of retail sales for V-day have seen an increase of $1.4 billion from 2017 to 2018.

To drive your sales as much and convince your consumers from “maybe” to “yes!”, take a look at something special we prepared for you with Admixer.Creatives. Take a look at five creative ad formats which will add extra value and revenue to your campaign whether you’re all set for V-day or still making final preparations.

But first, some insightful statistics about your consumers.

Figures across countries vary. But the tendency seems to be common: Valentine’s day takes over the world, encouraging consumers to purchase more. Here’s a sneak peek how it’s allocated by region.

Interestingly, how figures regarding spending on presents are distributed among men and women (spoiler: apparently, men plan to spend more).

There’s a similar divide between boyfriends and girlfriends, who say they’ll spend $231 and $105, respectively.

As for Valentine’s day sales conversion rates in the USA, they skyrocket when it gets closer to the holiday. The boost caused by V-day shoppers is 164% higher than usual, with the daily sales rates returning to normal the very next day.

Shopping tendency shifts from traditional cards, jewelry, and flowers to more personalized gifts. Spending on experiential presents like romantic gateways increased by 31% in 2017, and it keeps growing.

Europeans have also caught Valentine’s day fever and go all in when it comes to gift giving. 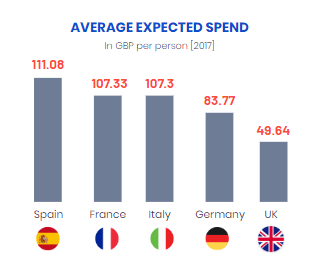 The days leading up to the holiday, conversion rates in Europe jump 187% higher than usual. Figures look even more shocking if we consider a specific example, for instance, flowers. Two days ahead the holiday, a total amount of flowers sold across Europe reached 7x rate. And on that very V-day in 2018 there were 400% more flowers ordered than usual.

Here are five creative ad formats for you to give a go this season. 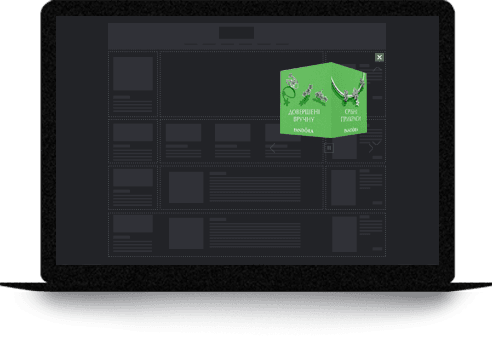 It’s is one of the most popular ad formats, also available for mobile devices. And it’s for a reason, as Cube works fancy: you can place banner ads on cube’s six sides, plus video on one of them. Supporting UK shopping trends, we’re showing you a Cube with jewelry brand example. 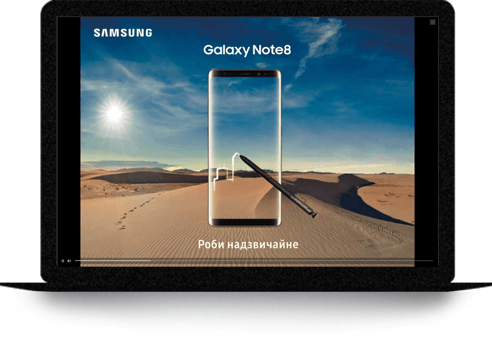 This ad format works exactly as it sounds: when users click the smaller banner, they are welcome to enjoy a fullscreen image with a story brands prepared for them. It’s a great choice when brands that need to demonstrate benefits or essential tech parameters of their products. For instance, check out how it works for gadget ads. 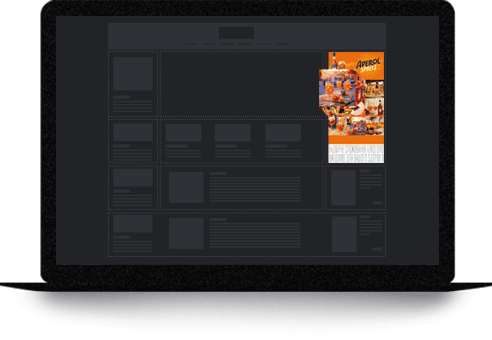 This ad format is super interactive and encouraging users to click one of nine 3D elements to see one of these nine visual stories hidden there. 3D Expandable also allows placing video ads in the center of the panel. Here’s a colorful example of drinks ad campaign, demonstrating how your ads may look. 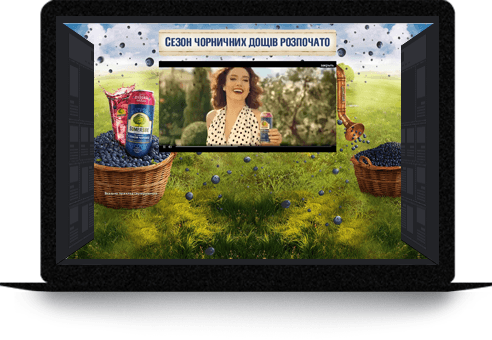 This ad format is also engaging and inviting a user into a story, like in this another drink ads example. It works like this: a user sees a folded banner first, then clicks on it and sees the fullscreen banner with image or video. The takeover between folded and fullscreen panels can be animated in one of these types: slide, cut, rotate, and slide. This ad format is available for desktop only. If you need ad formats for mobile or just want to pick more creatives by yourself, head to our ultimate Ad Formats gallery. 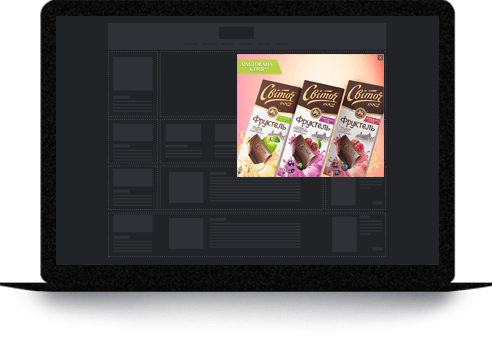 And for dessert, a real killer ad format! By mouse click the initial small banner basically unfolds into nine more elements, introducing a user to one big image, animated banner or video.

Each panel (initial small and unfolded version) can have its own URL and lead to different landing pages. See the example of how confectionery brand absolutely nailed this ad format.

Now you’re all set for V-day. Let your consumers fall in love with your (or your advertiser’s) brand!

New Year and Christmas are upon us. Yet, if you’re an advertiser or publisher, the holiday season may bring you not only happy moments but instead turn into advertising fever. To help you run your holiday ads effectively and with no headaches, Admixer.Creatives is launching new rich media ad formats with ready-to-use UI templates.  END_OF_DOCUMENT_TOKEN_TO_BE_REPLACED

The basics of improving your creative’s performance

Are you sure you’re paying enough attention to the core of your advertising strategy?
The nerve and sinew of your ad campaign’s body?
The frame of your promotion vehicle? END_OF_DOCUMENT_TOKEN_TO_BE_REPLACED

What marketers should expect from 2017?

At the end of the year, we decided, to sum up the predictions and forecasts for 2017 and to try to prepare ourselves for what is going to happen. END_OF_DOCUMENT_TOKEN_TO_BE_REPLACED

How to create a banner with a 8% CTR?

The main purpose of a banner is to catch user`s eye and attract his attention to go to the advertiser’s website. The case of Renault campaign reflects the approach to reaching high KPIs. END_OF_DOCUMENT_TOKEN_TO_BE_REPLACED

This week Google has announced its plans to get rid of third-party cookies in the Chrome browser by 2022. While this didn’t come as a surprise — the talks have been around for quite some time — the two-year timeline will bring a drastic change to the adtech industry. Why Renouncing Cookies Matters Since their […] 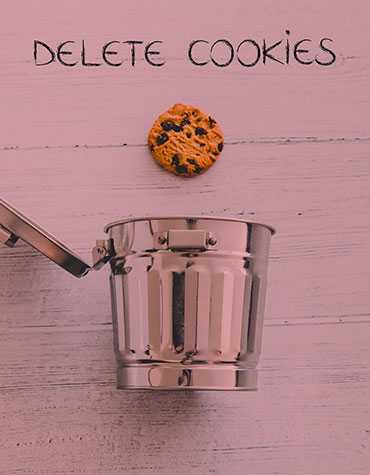 How Google's decision on third-party cookies will impact the industry

We’ve asked Admixer executives to comment on Google's announcement of plans to eliminate the third-party cookies in the Chrome browser by 2022.

What Is Ads.txt and How to Implement It

We’ve already mentioned ads.txt in our September article as one of the latest transparency tools in the ad tech industry. Both ads.txt and seller.json are the anti-fraud remedies that can save advertisers’ budgets, ensure their ad impressions hit the right web spot, and make publishers’ activity profitable. In this article, we’ll get deeper into what […] 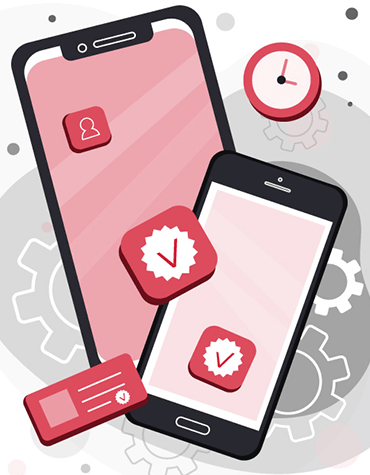 Ads.txt file is your ultimate tool when it comes to verifying the SSP and avoiding fraudulent traffic. We've prepared a step-by-step guide on implementation of the ads.txt file, so publishers will have no problem to activate this anti-fraud remedy. 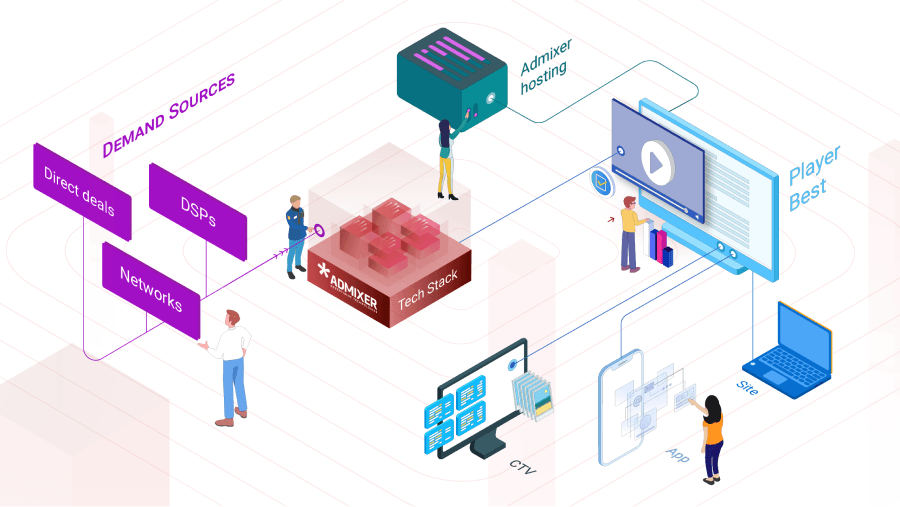