Home › Adtech Insights › Publisher’s Dilemma: To Auto-Play or Not to Auto-Play

Publisher’s Dilemma: To Auto-Play or Not to Auto-Play

The growth of mobile video consumption, new trends of online video metrics and a new focus on online streaming. What will it mean for us?Let’s dig a little bit deeper and look through these trends.

Video ad units allow publishers to collect higher CPMs than display units. At the same time, online video is now everywhere and is used more and more to promote products and services: eMarketer estimates that US digital video ad spend reached $7.8 billion in 2015, a 33.8% year-over-year increase representing 13.3% of total digital ad dollars.
Yet there is a limited supply of true pre-roll inventory available in the marketplace. There is growing demand for video inventory in the industry right now, but creating video to wrap ads around is a pretty big task. Not all publishers have the time and money to invest in developing their own video content, but for in-stream video inventory to be created, content has to be created. Out-stream video ads, which play outside of video content—between paragraphs of text, for example—have emerged as one solution to challenges both sides face. When asked about the types of video ads that would be more or much more important to their clients’ overall ad portfolios in the future, fully 77% of agencies worldwide cited out-stream ads, as did 70% of advertisers. For both of these groups, this was the No. 1 response.

Meanwhile, 69% of media and publishing professionals said out-stream video would be more important to their clients; this trailed No. 1 in-stream ads by just 3 points. Seven in 10 advertisers who had purchased out-stream video ads said they offered more inventory and the ability to buy video programmatically, and a close 69% said it helped determine viewability. Nearly two-thirds also said it allowed for a better—less annoying—user experience.

By 2020 global mobile data traffic will increase by approximately 8 times comparing to 2015. A number of 4G connections as well as number of wifi hotspots are growing constantly. The connection is better and faster, traffic such as a mobile video won’t be a problem anymore. And among with absolute connection quality, quantity of devices used will grow. Those factors will drive to 75% video traffic of total mobile data by 2020.

Publishers such as IBT Media, Newsweek and International Business are being redesigned to be more dynamic and optimized for mobile and video. They’re planning to increase video content output and launch mobile video, integrating more video in articles.

Now most websites require users to click on a video to make it play. And this is happening for two reasons. First, it still takes too much of computing power and battery life. Second, automatically starting a video can degrade the user experience.

Among the vast array of tools for analyzing the performance of videos, top publishers are often focused on video view to page view rate. Publisher that are getting less than 1 to 100 views need to look for solutions to improve this rate. Obviously, the goal in this case equals to 1, thus video views equal to page views. It will have long-term effect and will drive to higher revenues. This metric is extremely important and is the direct result of a publisher’s video strategy.

Facebook has started to spin the wheel that can’t be stopped now – autoplay video. It was the Facebook to introduce autoplay in videos, now social network has 8 billion daily video views and it has already surpass Youtube with the number of video shared. And what understanding exactly how many users click to play a video is very useful information as a metric.
Some agencies consider that a strategy that was chosen by publishers like Bloomberg, CNN and ESPN to gain maximum out of autoplay is rather aggressive. While Facebook autoplay video sounds off is considered as normal thing, video with an ad pre-roll and sound on which played automatically without any initiation can be a little bit irritating.
Such experience can be distracting for visitors.

But how to figure what is users’ mindset and if autoplay is a distraction?

Publishers are explaining their decision with their willingness to engage, not repel. And most of them believe that if video is great, users will want to watch it.
In case of CNN, who use sounds on+ pre-roll autoplay, this strategy didn’t drop the numbers of watch time. When IGN.com visitors navigate to the page, they’ll see a 10-second countdown clock begin to tick down. If they scroll away from the counter or hover over it with their cursor, the timer will stop and the video won’t autoplay.

Bloomberg Media is a big proponent of autoplay on desktop, pairing relevant videos with articles and enabling autoplay (without sound). Given Bloomberg’s editorial discretion to disable autoplay, it only accounts for a small portion of its overall video viewership, according to Paul Marcum, head of digital video at Bloomberg. But it plays a significant role in Bloomberg Media’s digital revenue stream, because Bloomberg video attracts $75 CPMs.

Clearly, users are more likely to click on a muted video on the homepage versus a still-image promo.
Notwithstanding the fact that unexpected sounds on autoplay can lead to adblocking, some agency don’t mind if a video autoplays with sound, as long as there has been some form initiation.
Autoplay that wasn’t initiated by users is a negative experience. The different thing is when video is a part of a linked article.
With autoplay videos measurements will remain a key issue. Other metrics such as revenue is still important to measure but can’t be the only one decision making factor. Revenue can be affected by many factors such as traffic, cpm, fill rate etc. But different publishers has different standards and requirements to buyers. Looking at cost per completed view versus a traditional CPM is more efficient. Cost per thousand views can tell you less than amount of people watched pre-roll.

It’s up to publisher to make a decision, however, what can be said for sure: understanding of how many videos were played is no longer representative indicators. 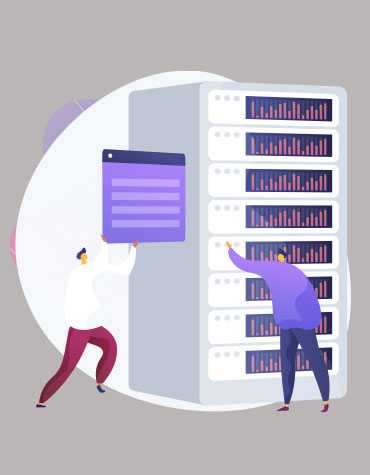