Video is the most engaging type of content. Viewers remember 95% of the message when they watch it in a video compared to 10% when reading it in text. Videos are memorable, and leave a lasting impression that translates in conversion and sales.

The young cohort of users increasingly prefers watching a video over reading about the product. No wonder that advertisers are pulling their weight behind the video advertising, which grows at unprecedented speed. According to the report by IAB, nearly two-thirds of digital budgets allocated to video advertising, both on mobile and desktop. Also, almost 3 in 4 media buyers are planning to increase their digital video ad spend next year.

What is the best video ad format for your advertising campaign and business need? Let’s consider two primary types of video ads on the market: in-stream and in-banner. It is crucial to understand the distinction between those formats, their pricing model, impact on the user experience, and perception of your brand.

In-stream video ads are ads shown before, during, or after the streaming video, music clip, or gamified interaction that users have requested. These ads are run in the player and can pop up in the live stream, archived materials or downloadable content.

In-stream video ads have been around for a couple of years. While some users still tend to complain about them, now they’re an accepted part of the online experience.

Video ads should not be confused with TV commercials; it is a different channel for different mediums. Video ads are specifically tailored for mobile and desktop and not interchangeable with TV ads.

Repackaging TV commercials will not sit well with the consumer. Instead, you should pair with a reliable ad partner, like Admixer.DSP that will assist you in choosing a fitting format, device, and platform to reach the right audience in the most effective way.

The optimal non-intrusive length is 15 seconds; it can be longer but normally does not exceed 30 seconds.

The in-stream ad is still a distraction from the content user requested to see. Therefore, to give consumers freedom of choice and improve the attitudes toward the ad, most in-stream video ads have the “Skip This Ad” button.

Unskippable ads are relatively rare and used for forceful, direct promotions. Skippable ads put control in the hands of the users, giving them an option to opt-out or watch the video until the end. This way, the ad is perceived as more friendly and tolerable.

For users to stay with the ad, it has to grab their attention in the first five seconds with a clear, captivating message.

In-stream video ads have to be highly-relevant for the users or contextually connected to the content they are watching. Otherwise, they tend to skip them right away. Accurate targeting with strictly defined criteria and occasional filtering is crucial for the success of in-stream video ad campaigns.

Linear video ads are the most iconic and widespread formats of in-stream video advertising. Just like in the traditional TV broadcasts, they are cutting into the main video and played in-line with the rest of the content. Linear ad interrupts the primary video and occupies the entire video played space. It can encompass the interactive component or work with a companion ad.

There are three forms of linear video ads:

Linear ads may have interactive elements, CTA buttons with an option to download a whitepaper, sign- up for the newsletter, or go to website with more information.

Nonlinear video ads are sometimes called “overlay video ads”. They are displayed together with the streaming video content without interrupting it. Nonlinear ads take up a small part of the screen, to get the viewer interested and invite to further interaction.

If the user clicks on the ad, the main video is paused unless the ad is closed. In case if the user chooses not to engage with the ad, it can stay until the end of the video clip, disappear, or reduce to a reminder button. Nonlinear can be not only a video ad but also a text or rich media.

Companion video ads don’t appear by themselves and usually accompany linear and nonlinear ads. They have distinct formats and sizes with the primary goal to maintain brand awareness and visibility. Companion ads are shown alongside the video, usually in the form of text, image, rich media, or wrapping.

Thanks to programmatic audience-based buying, and extensive targeting options, in-stream video ads can deliver relevant ads to the most appropriate audience. In-stream provide an immense reach, making it an excellent tool for brand-awareness campaigns.

According to Google, users who watch video ads to completion are 23 times more likely to further engage with a brand.

Normally, in-stream video ads appraised on the cost-per-view (CPV) model. It is very handy for the advertisers since they pay only for the complete video views if, for instance, a user watched 30 seconds of the video.

Advertisers don’t have to pay for users who are not interested and skipped the ad early. Alternatively, the advertiser pays for interaction if the user clicked on the CTA-button, banner, or the overlay.

In-stream video formats are available in the Admixer.Creatives, an extensive library of ad templates and creative solutions for your campaigns.

In-stream video ads are sometimes perceived as annoying. They disrupt the viewing experience and cause a sentiment similar to TV commercials, propelling abandonment, especially in the short-form content (33%).

Rich media and interactive formats can distract the viewer with moving elements.

In-banner video ads are video ads activated within a standard display banner on a webpage. As a rule, they usually follow standard IAB banner sizes, 728×90 or 160×600, but most frequently 300×250.

The video is immersed into the banner, and once triggered, can expand to a large interactive panel, or redirect the user to the domain where the video is hosted.

An in-banner ad usually consists of description up to three lines of text and a thumbnail image, usually a screenshot from the video.

These ads are relatively new, and still waiting for the mainstream adoption by the advertisers. You can frequently encounter this type of ads in the news feed, or inserted between other videos or other content on a website.

In contrast to in-stream ads, which are time-limited, in-banner ads can be as long as advertisers desire. However, for the friendly user experience, it shouldn’t be more than 2 minutes to keep the attention of the viewer.

Make sure that your in-banner video contains your logo and a short description so that the user knows what product is being advertised at first glance.

In-banner ads may be sold across different websites through an open ad exchange or private marketplace. Mind that a large in-banner ad on a premium publisher’s website will likely bring better engagement, while a smaller banner bought through open exchanges will reach a broader audience.

There are three major types of in-banner video ads:

The main advantage of in-banner ads is that they don’t appear as an out-right promotion. In contrast to in-stream ads, in-banner video ads are less intrusive. The ad doesn’t interrupt the main video, and rather subtly recommends branded content in the sidebar or top search results.

In-banner video ads are not aggressively pushed into the online experience and give the user a choice to engage or not. It is an excellent tool for advertisers who aim to promote their brand rather than concentrate on sales.

For instance, Benefit Cosmetics used in-banner ads to boost its branded content. They targeted viewers who searched or browsed the recent bow trends. Benefit Cosmetics wanted to seamlessly integrate into the search experience “in a way that felt natural” and put their brand for consideration. As a result, Benefit was able to boost subscriptions to their channel by 20% and drive an additional 663,000 earned views on top of their 1.2M paid views.

Standard size in-banner video ads that are sold through open exchange boast lower CPMs than their in-stream alternatives. However, mind that larger slots on premium publishers’ websites will be much more expensive and won’t be available to all advertisers. Instead, they are usually sold through programmatic guaranteed deals.

The placement of the in-banner ads is defined by the search intent, allowing advertisers to contextually target various groups of users, potentially interested in their area of expertise. This format is advantageous for building knowledge of the brand and targeting broad segments of the audience.

Create your first in-banner ad with professional templates from Admixer.Creatives.

In-stream vs. in-banner ads: How to choose the right one

It is essential to strike the right tone with your video ad. Wyzowl reported that 75% of consumers decided not to buy a product because the video voice over annoyed them.

The wrong ad can damage your brand reputation and the perception of your product. For this reason, you should define the objective of the campaign and select the ad format accordingly.

Programmatic advertising is developing rapidly. According to the eMarketer research, more than 88.2% of U.S. display ads will be purchased via programmatic by 2022. Programmatic is becoming a dominant model for trading all media types. Yet, there is a long road for it to cement its positions in the new sectors, like CTV, DOOH, and […] 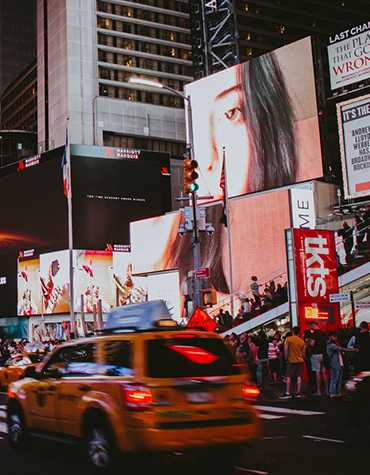 Programmatic advertising is developing rapidly. According to the eMarketer research, more than 88.2% of U.S. display ads will be purchased via programmatic by 2022. Programmatic is becoming a dominant model for trading all media types. Yet, there is a long road for it to cement its positions in the new sectors, like CTV, DOOH, and […] 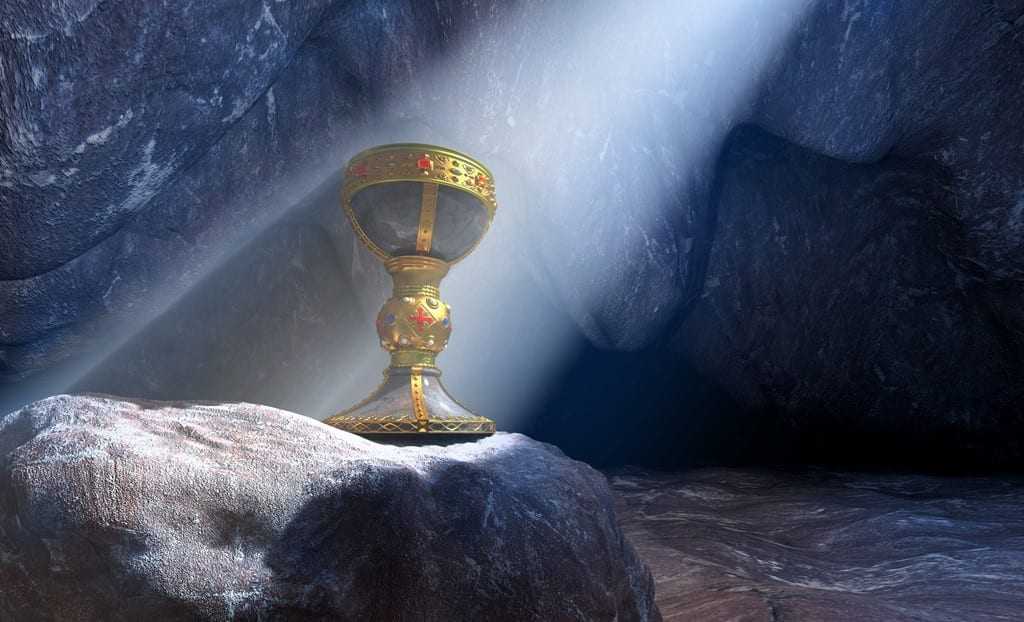 The adtech view is more about applying programmatic for digital ads. However, many buyers often have viewed these technologies as something they don’t need to think about, a publisher-facing technology that has no impact on their decision-making. Which is false approach.

17 Podcasts to Enhance Your Digital Advertising Strategy in 2020

Podcasts are quickly maturing into a content-rich media format, with an abundance of niche programs about advertising. Since the ongoing health crisis prevents us from going to lectures and marketing meetups, a podcast is a great way to stay in touch with your colleagues and the adtech industry.  CMO of Admixer Anna Yatel said: “In […] 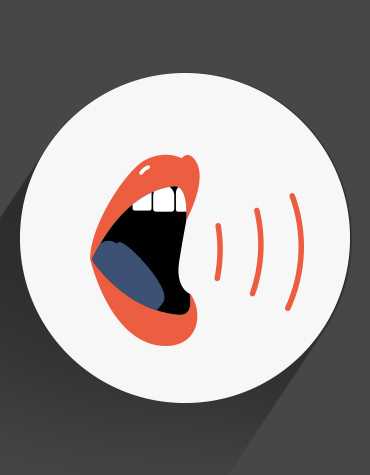 17 Podcasts to Enhance Your Digital Advertising Strategy in 2020

Podcasts are quickly maturing into a content-rich media format, with an abundance of niche programs about advertising. Since the ongoing health crisis prevents us from going to lectures and marketing meetups, a podcast is a great way to stay in touch with your colleagues and the adtech industry.  CMO of Admixer Anna Yatel said: “In […]